Joseph A. Miller is an Associate Professor of Art at S.U.N.Y. Buffalo State, where he has taught drawing and painting since 1997. He earned a B.F.A. degree from Kutztown University, Pennsylvania in 1990 and an M.F.A. degree in painting and drawing from Southern Illinois University at Carbondale in 1993.

Miller’s work is in numerous public and private collections, and has been shown internationally in Finland, China, Poland and the Czech Republic, as well as across the United States, from Berkeley, California to Cambridge, Massachusetts. His work has been exhibited at the Arnot Art Museum, the Castellani Art Museum and the Burchfield-Penney Art Center in New York, the Allentown Art Museum, the Woodmere Art Museum, the Erie Art Museum in Pennsylvania, and the Springville Museum of Art in Utah. He has earned numerous awards, including a First Place Award in A.D. Gallery’s Art in Times of Anxiety National Exhibition, at Pembroke, NC, a First Place for Drawing Award in the Hopkins Center for The Arts 26th Arts North International Exhibition, in Hopkins, Minnesota, a First Place Award at the Mills Pond Gallery, New Contemporary Realism Exhibition, in Saint Jaimes, New York, a Purchase Award and a People’s Choice Award at the Royal Nebeker Gallery, in Clatsop Community College’s, Au Naturel: The Nude in The 21st Century International Exhibition, in Astoria Oregon, a First Place Award in Manifest Creative Research Gallery’s International Drawing Annual V, in Cincinnati Ohio, a Best in Show Award in the National Drawing and Painting Exhibition at the Lore Degenstein Gallery at Susquehanna University, Pennsylvania, and two Purchase Awards from Wright State University Art Galleries in Dayton, Ohio. Joseph has given lectures about his work at the University of Colorado at Boulder, Daemen College, New York, Southern Utah University, The University of Utah, Utah State University and at the Burchfield-Penney Art Center in Buffalo, New York where his work was included in the Beyond/In Western New York 2005 Exhibition. 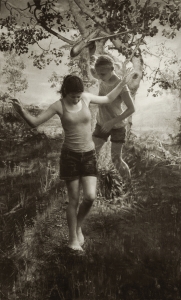 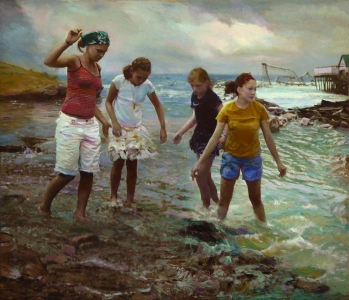 Miller's paintings are featured on the following blogs:

A number of Miller's works are featured in the July 2019 issue of Into The Void Magazine, available at:
https://intothevoidmagazine.com/article/alliance/